Espresso is an Italian coffee-making process, where a small amount of nearly boiling water is forced into finely-ground coffee beans. And the smell of that coffee is delicious!  If you love espresso coffee, I am sure you will love this post with the compilation of the best Espresso Quotes for Instagram and beyond (also includes puns and famous sayings!)

Did you know that ‘espresso’ is a type of coffee too? It is just how it is prepared, aka the process of preparation that sets it apart from others!

In general, espresso involves dark roast, fine grind, and high pressure to create a shot or an ounce of concentrated coffee.

A popular way to consume this in Europe is without lait or milk. In North America, particularly in the USA and Canada, we add a shot to our beverage (like coffee with 2 milk and 2 sugar, with a shot of espresso, if you will!).

“I can’t espresso how much you bean to me.” – Anonymous

“Hit me with your best espresso shot.” – Anonymous

“Depresso: the feeling you get when you run out of coffee” – Anonymous

“On Fridays, I prefer my espresso in a martini” – Anonymous

“Espresso is a miracle of chemistry in a cup” – Anonymous

“Espresso may not be the answer, but it is worth a shot” – Anonymous

“When you feel depresso have a little espresso” – Anonymous

“Words can’t espresso how much I love you” – Anonymous

“The quintessential expression of coffee is espresso.” – Ernesto Illy

“Espresso is to Italy, what champagne is to France.” – Charles Maurice de Talleyrand

“The magic of espresso is that it’s only made with 50 beans.” -Andrea Illy

“Coffee arrived and the espresso was excellent, like an aromatic electric fence.” — Ben Aaronovitch

“Been trying the soapy water and instant coffee method. Works somewhat, but boy it tastes terrible. I don’t know how you guys can stand it. I’m going back to milk and espresso for my cappas.: – David Lynch

“If you’re a Kanye West fan, you’re not a fan of me, you’re a fan of yourself. You will believe in yourself. I’m just the espresso.” – Kanye West

“I used to have two double espressos a day. I gave that up, had headaches for five days but now I’m feeling great.” – Hugo Weaving

“Coffeeology: Espresso yourself. So many blends, so little time. Take life one sip at a time, and stay grounded. Better latte than never. Take time to smell the cover.” – Anonymous

“ What I don’t like is breakfast in the morning. I have a double-espresso cappuccino, but no food”: – Wolfgang Puck

“Black as the devil, hot as hell, pure as an angel, sweet as love.” – Charles Maurice de Talleyrand

“To espresso or to latte, that is the question…whether ’tis tastier on the palate to choose white mocha over plain…or to take a cup to go. Or a mug to stay, or extra cream, or have nothing, and by opposing the endless choice, end one’s heartache.” – Jasper Fforde

“When somebody is a little bit wrong – say, when a waiter puts nonfat milk in your espresso macchiato, instead of lowfat milk – it is often quite easy to explain to them how and why they are wrong. But if somebody is surprisingly wrong – say, when a waiter bites your nose instead of taking your order – you can often be so surprised that you are unable to say anything at all. Paralyzed by how wrong the waiter is, your mouth would hang slightly open and your eyes would blink over and over, but you would be unable to say a word.” – Daniel Handler

“What I don’t like is breakfast in the morning. I have a double-espresso cappuccino, but no food.: – Wolfgang Puck

“I get energy from meditation practice and from eating healthy fresh food, only one cup of espresso in the morning, and not drinking too much.” – Richard Simmons

“Coffee?” Santangelo calls down to us. We both look up. He,Ben, and Raffy are hanging over the side. “Is it espresso?” Anson Choi asks behind us. “Freshly percolated,” Ben answers. “You should see the gadgets they have up here.” Anson Choi aims a begging look at Griggs. “You want to sell out over a coffee?” Griggs asks him with disgust. “They’ve got muffins as well,” I tell them. “Double chocolate chip. His mum made them.” Griggs gets up and holds out a hand to me. “Truce.” – Melina Marchetta

“Good communication is just as stimulating as black coffee, and just as hard to sleep after.” – Anne Morrow Lindbergh

“When I first discovered in the early 1980s the Italian espresso bars in my trip to Italy, the vision was to recreate that for America – a third place that had not existed before. Starbucks recreated that in America in our own image; a place to go other than home or work. We also created an industry that did not exist: specialty coffee.” -Howard Schultz

“To espresso or to latte, that is the question…whether ’tis tastier on the palate to choose white mocha over plain…or to take a cup to go. Or a mug to stay, or extra cream, or have nothing, and by opposing the endless choice, end one’s heartache…”- Jasper Fforde

“Coffee arrived and the espresso was excellent, like an aromatic electric fence”. – Ben Aaronovitch

“Their offense is shakier than Katherine Hepburn after an all-night espresso bender at Starbucks.” – Dennis Miller

“I probably have about four or five cups of coffee a day. I make myself an espresso macchiato when I wake, which is a shot of espresso and just a dollop of steamed milk. Then, if I’m going to do some work at home, I would make myself a French press. It’s the best way to make conventional coffee.” –  Howard Schultz

“Leo: “So…giants who can throw mountains. Friendly wolves that will eat us if we show weakness. Evil espresso drinks. Gotcha. Maybe this isn’t the best time to bring up my psycho babysitter.” Piper: “Is that another joke?” – Rick Riordan

“Espresso is a miracle of chemistry in a cup”. – Andrea Illy

“Way too much coffee. But if it weren’t for the coffee, I’d have no identifiable personality whatsoever.”

“I know there are other writers who sit down religiously every morning, they take their espresso, they put a clean sheet of paper there and they sit looking at that paper until they’ve finished or covered at least a number of those pages. No, I’m not like that. I have to be ready. It has to gestate it for quite a while and then it’s ready to burst forth.” – Wole Soyinka

“After a few months’ acquaintance with European ‘coffee’ one’s mind weakens, and his faith with it, and he begins to wonder if the rich beverage of home, with it’s clotted layer of yellow cream on top of it, is not a mere dream after all, and a thing which never existed.” – Mark Twain

“There are certain aspects of acting that I don’t like. I’m not a person who loves being on set. I mean, I know people that have their espresso machines in their trailers and they like being in there and they put pictures on walls. But I don’t like it. I don’t like sitting around.” – Joaquin Phoenix

“Waitress!” Hedge called. “Six double espressos, and whatever these guys want. Put it on the girl’s tab.”- Rick Riordan

“A good espresso to me is a little bit salty; you just become used to a good taste. Anytime I go into a new place and they don’t clean their machine properly or the water temperature isn’t right, it tastes awful.” – Andrew Bird

“I used to have two double espressos a day. I gave that up, had headaches for five days but now I’m feeling great.” –  Hugo Weaving

“The voodoo priest and all his powders were nothing compared to espresso, cappuccino, and mocha, which are stronger than all the religions of the world combined, and perhaps stronger than the human soul itself.” –  Mark Helprin

“Starving to be skinny isn’t my thing. When I don’t eat, it affects my mood! On-set, I fuel up with small meals and I’m always grabbing high-protein snacks, like almonds. Chai lattes with espresso also keep me going.” –  Nina Dobrev

“I’m going to start measuring the complexity of coding tasks in coffee cups. This was a five-espresso algorithm.” — Anonymous

“I have measured out my life with coffee spoons”

“I bought an espresso maker and coffee maker and made them myself every day. … Way too much coffee”

“I got hooked on espresso when I visited Italy at 18, but these days I prefer a ‘flat white.’ It’s like a small latte with less milk – they’re popular in Australia.” – Hugh Jackman

“Until now, I’ve been a kind of binge-writer – I’ll carve out five or six hours on a weekend day and make a large container of espresso and just bang out a lot of words.” – Lev Grossman

“I love coffee. I love a midday espresso on set, just for the energy.” – Carrie Brownstein

“Eating rice cakes is like chewing on a foam coffee cup, only less filling.” – Dave Barry

Here are some more short and sweet espresso and coffee quotes! Enjoy

So you see, coffee makes the world go round; and all seems to be well when you drink a cup of coffee!

Hey! It is nice to meet you! 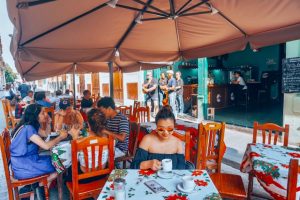 I am Mayuri – a coffee lover and a globetrotter. I created Perfectly Brewed Coffee Blog, to share my coffee adventures from machines, beans to cafes! 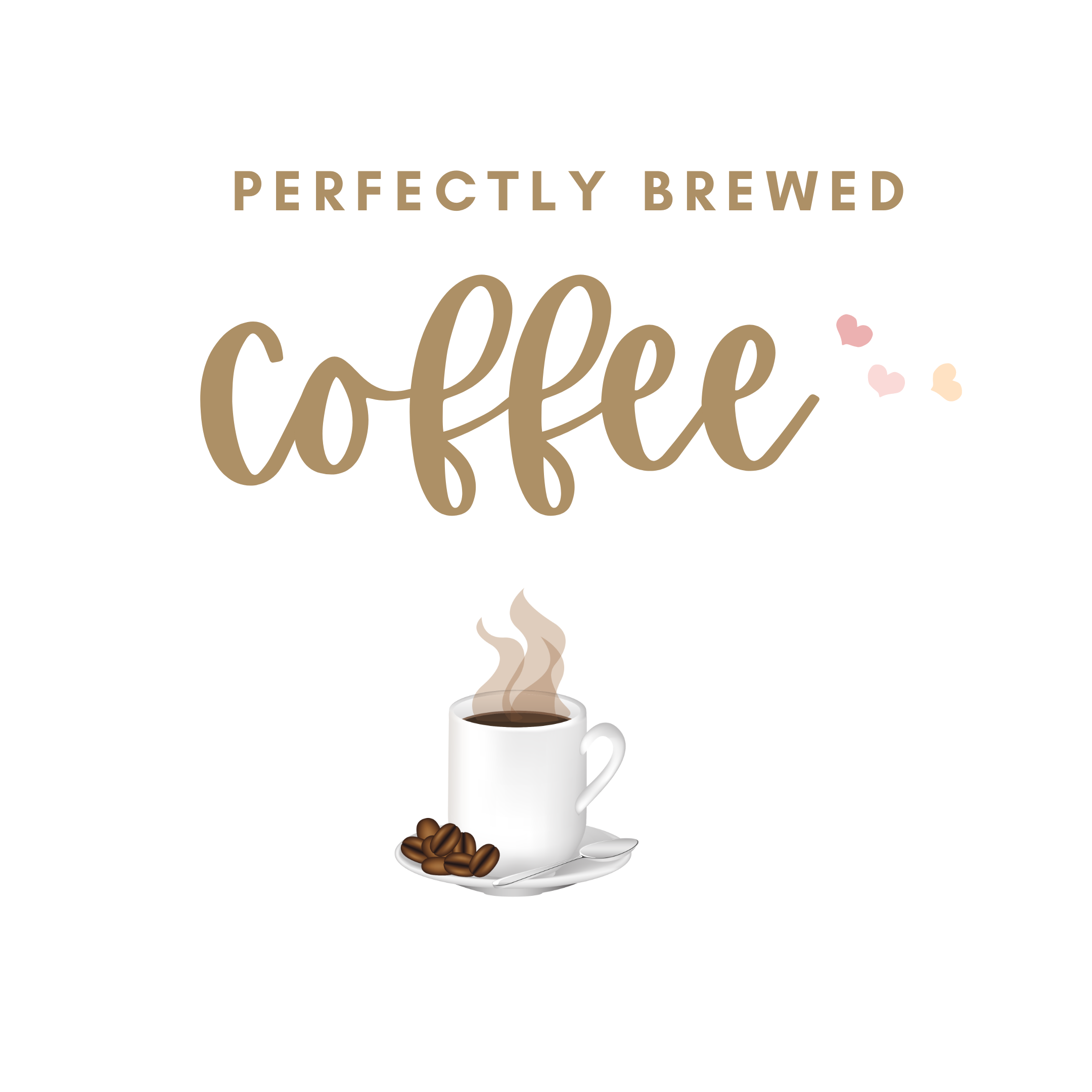